More than 2,000 years ago, the Mayan civilization started cultivating the cocoa tree, thanks to its nutritional qualities. Later, the Aztec culture continued with this tradition. For them, cocoa was a gift from the gods and received through Quetzalcóatl, their god of culture and the gardener of their paradise. When Hernán Cortez appeared on the coasts of their Empire, they thought that he was the reincarnation of Quetzalcóatl and he was received with divinity. He was offered “the food of the gods” and Hernán Cortez realized the nutritional and invigorating value of this drink, since his soldiers could withstand an entire day of marching without eating any other food.
It seemed that cocoa reached Spain through a few monks who traveled with the conqueror on his expeditions. However, cocoa had to wait almost a century before the European palate would adapt to its flavor, with the sweetening help of honey or sugar. After that, chocolate started to gain success. The church decided that consuming it would not break a fast and it was adopted as the official drink of the kings. This is how it spread through all of Europe and elegant stores were opened where liquid chocolate was served as a symbol of distinction. At the end of the XVIII c., chocolate started to be prepared with milk and sugar, and French women made the “bon bon” popular, which were pieces of chocolate that could be enjoyed at any time.

Let’s unwrap the secrets of chocolate

Does chocolate make you fat?

Chocolate is a high calorie food and its consumption should be limited, but if consumed in moderate amounts, it is in no way responsible for an increase in weight.

Does chocolate cause cavities?

According to studies related to this, it can be said that chocolate produces less cavities than other foods, such as bananas or sugar.

Is it good for the heart?

It provides antioxidant properties, prevents the oxidation of cholesterol and helps to prevent cardiovascular disorders.

Does it affect cholesterol?

Stearic acid is present in chocolate and it is a saturate fatty acid that has a neutral effect and does not increase the level of cholesterol in the blood as its content of physterols causes it to be a substance with a certain hypocholesterolemic effect.

What do experts say?

Nutritional experts say that consuming cocoa, in its various forms, is recommended as part of a balanced diet and in moderate quantities and for all ages.

Does it cause acne?

There are no tests that prove that chocolate is a cause of acne. The reason blackheads appear is not chocolate, but due to hormonal changes that occur during adolescence.

There are no studies that confirm that chocolate has psychological effects that cause its compulsive consumption. What chocolate does offer are some exceptional organoleptic qualities that create a heavenly experience that is worth repeating.

Does it provide any vitamins?

Chocolate has vitamins such as thiamine and folic acid; both of which are essential to properly regulate your metabolism.

Thanks to its content of carbohydrates, fats and proteins, it is ideal as a complement for sports enthusiasts and people who have a generally high level of energy consumption. 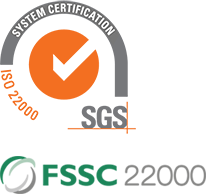 We use our own and third-party cookies for analytical purposes and to show you personalized advertising based on a profile made from your browsing habits (for example, visited pages). You can consult our Política de cookies aquí. You can accept all cookies by pressing the "Accept cookies" button or configure them pressing the "Cookie Settings" button.
Accept cookiesCookie Settings
Manage consent

This website uses cookies to improve your experience while you navigate through the website. Out of these, the cookies that are categorized as necessary are stored on your browser as they are essential for the working of basic functionalities of the website. We also use third-party cookies that help us analyze and understand how you use this website. These cookies will be stored in your browser only with your consent. You also have the option to opt-out of these cookies. But opting out of some of these cookies may affect your browsing experience.
SAVE & ACCEPT
Powered by